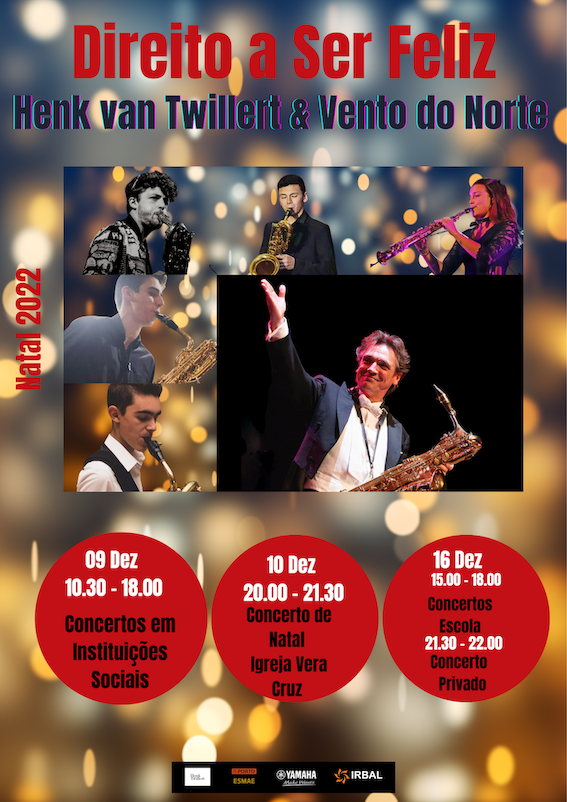 Henk van Twillert and Vento do Norte, saxophone ensemble from ESMAE, kick off the Christmas celebrations with the “Direito a Ser Feliz” concert tour on the 9th, 10th and 16th of December in the district of Aveiro.
Following what happened in 2020 and 2021, IRBAL joined this idea of ​​Henk van Twillert and Vento do Norte to promote Christmas in solidarity institutions. This year extending to some schools
“Direito a Ser Feliz”, Christmas tour will take place on the 9th, 10th and 16th of December.
On the 9th and 16th of December Henk van Twillert & Vento do Norte will perform a series of concerts in various social institutions and schools in the district of Aveiro.
On the 10th of December, around 20.00, after the 19.00 mass, the concert “Direito a ser Feliz” will be held at the church of Vera Cruz, with the participation of ESMAE's saxophone class.
Admission to the concert is free and the public is invited to get into the Christmas spirit by contributing money or with food that will later be distributed by Casa Vera Cruz and to get to know and taste Christmas at the “Christmas Market” held by young people from the Parish of Vera Cruz around the Vera Cruz Church. 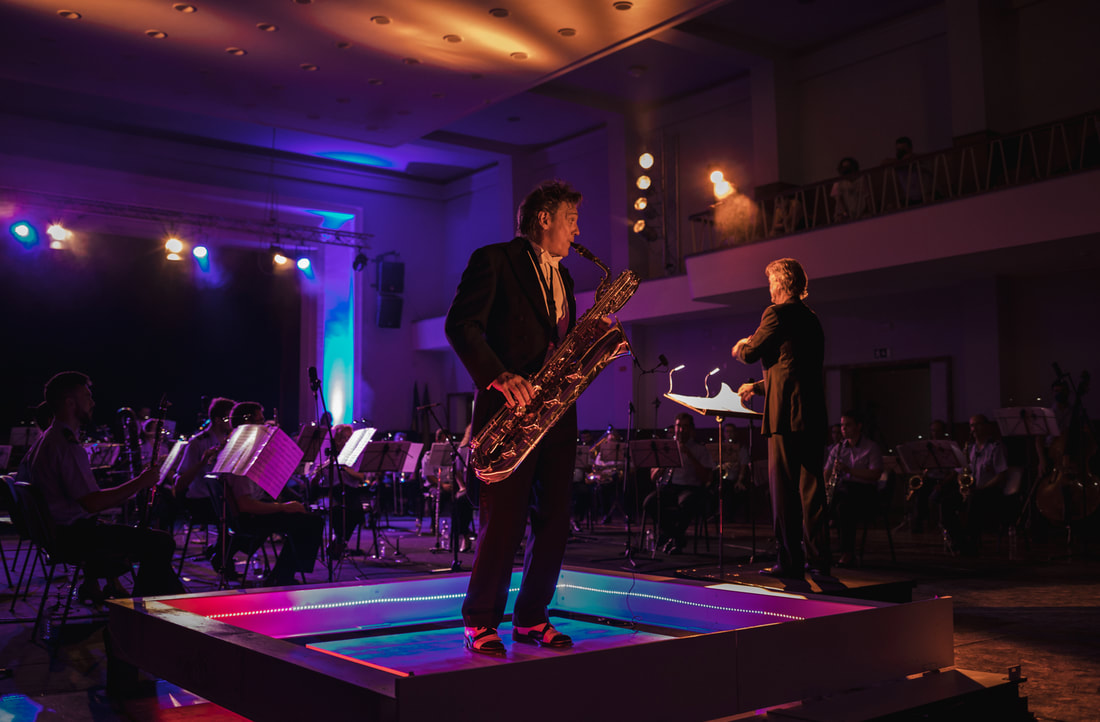 Henk van Twillert plays the cello suite form cello from J.S. Bach on the baritone Saxophone. The show was named "Azul". Rita Judas was the choreographer, performed by dancers from the "Companhia de Bailado Contemporâneo Portuguesa". It was performed in Lisbon, São Luiz Theater on 12 December 2002.

It was in the summer of 2000 that Henk van Twillert recorded on his baritone saxophone the J.S. Bach's six cello suites on CD.
Since then, Van Twillert has performed the cello suites on the baritone saxophone several concert halls and music festivals around the world, including concertgebouw in Amsterdam and Newport Festival, USA.
In addition to solo concerts, Henk van Twillert, combined the interpretation of the cello suites with others Arts, such us, ballet, live VJ and Gary Smulyan's "jazzy"accompaniment.
"BachAsana"... had its debut in Portugal at FISP 14.
The birth of the project "BachAsana" was in New York where Henk lived and had his first contact with Yoga.
Back in Europe his first class at the Bikram Yoga Amsterdam studio was with Jacintha Meilink...